Diagnosing Cancer Can Be as Easy as a Routine Blood Test! 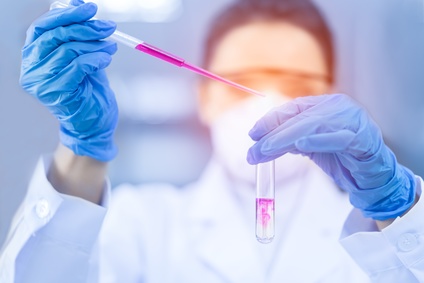 Thanks to a group of scientists from the Georgia State University who have developed a fast, accurate and non-invasive method to screen for two different tumor conditions. The findings were reported in the journal Scientific Reports.

Non-Hodgkin’s lymphoma is a solid tumor which affects the immune system and accounts for 4.3 percent of new cancer cases in the United States. Subcutaneous melanoma is a type of skin cancer which is fatal and accounts for incidence in the range of 3 to 7 percent per year among fair-skinned populations.

The methodology devised provides hope to the population who are at high risk for these types of cancers and need to be screened specifically for the same. Conventional screening for non-Hodgkin’s lymphoma and subcutaneous melanoma includes biopsy examination, which is invasive, time-consuming, costly and is also a hassle when used as a prescreening method for a huge number of high-risk candidates.

The experiment involved the use of blood serum from healthy mice and mice from two separate groups one with non–Hodgkin’s lymphoma and another with subcutaneous melanoma. The researcher’s used mid-infrared spectroscopy to detect the altered biochemical changes in the blood serum samples. Significant differences were observed between the ATR-FTIR spectra of serum samples from the group of mice with the tumors (non-Hodgkin’s lymphoma and subcutaneous melanoma) and healthy mice.

Reproducible and high-quality results were achieved by using Fourier Transform Infrared (FTIR) Spectroscopy in Attenuated Total Reflection (ATR) sampling mode. As with any cancer detection strategy, it is imperative to identify the malignancy as early as possible in order to improve the chances of survival of the patient, and Infrared spectroscopy shows the potential for this requirement.

As the method involves blood tests, the healthcare worker can collect and track the high-risk candidates for the biochemical marker over the years. Any increase in the concentration of the marker can be highlighted for timely interventions.

Along with cancer detection, the method has attracted the attention of the scientific community to screen for many more health conditions using body fluids. The study was spearheaded by Dr. Unil Perera, Regents’ Professor of Physics at Georgia State University in collaboration with Dr. Yun Liu, Georgia State Department of Biology.