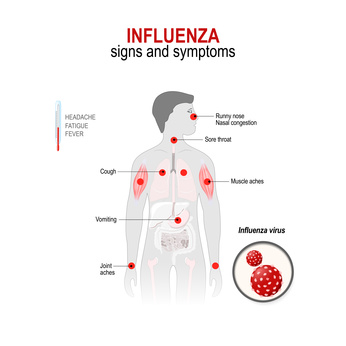 The genetic composition of males and females has been a much-debated topic. Biology of the two sexes has been consistently contrasted and analyzed to explain why certain diseases occur in or affect one sex more than the other. This is why perhaps Dr. Kyle Sue from the Memorial University of Newfoundland set out to test whether the phenomenon called ‘man flu’ holds any empirical value.

“Man flu” is a term being used to describe the phenomenon where men allegedly report to experience severe symptoms in cases of minor ailments like common cold. The term has gained enough popularity to have been included in Cambridge and Oxford dictionaries. But the lack of scientific research on the phenomenon led Dr. Sue to undertake his study to collect some relevant evidence.

Dr. Sue found research evidence showing a higher risk rate for men, in comparison to women, in the context of hospital admissions and deaths connected with influenza. This is when both sexes were of same age groups irrespective of any of their fundamental diseases. The evidence also supports greater risk for men when it comes to grave respiratory illnesses due to a lesser robust immune system as compared to women. Hence, Dr. Sue dismisses the coinage of the term as he finds it misguided.

According to Dr. Sue, since there is an evolutionary basis that establishes weaker immune system in men than women, men’s bodies are more likely to be less responsive to fighting illnesses and therefore, may actually be experiencing greater severity of the symptoms. However, further research is required to know more.

Interestingly, Dr. Sue views the weaker immune constitution of men as an advantage. A lot of energy is reserved due to lesser robust immunity and thus gets utilized in other functions like growth and reproduction. Thus, it gives men an evolutionary benefit by safeguarding them against more illnesses.