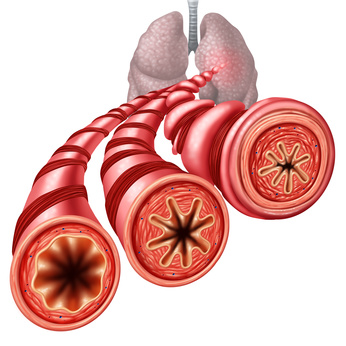 Women who have asthma tend to use short-acting medication to get relief, and that delays her pregnancy. University of Adelaide’s international research report concludes this information after conducting a detailed study.

On the other hand, the study conducted on 5600 women from across different countries including Ireland, UK, New Zealand, and Australia showed that women who took long-acting medication to prevent asthma got pregnant generally like others.

Researchers at University of Adelaide's Robinson Research Institute conducted research under the guidance of Dr. Luke Grzeskowiak, and the same was published in the European Respiratory Journal.

As a result, Dr. Grzeskowiak recommends women with asthma to use corticosteroids inhalers and remain fertile.

Almost 10% of women at their reproductive age suffer from the few chronic medical conditions including Asthma. According to Dr. Grzeskowiak mention in the journal, it is understood that asthma and infertility in women are linked. However, medication affecting fertility does not have any evidence.

Hence it is essential to study the asthma treatments and its effect on pregnant women to arrest the concern that every woman has about her unborn baby’s exposure to unwanted medications.

The international SCOPE (Screening for Pregnancy Endpoints) study data examined by the researchers included around 5600 women who were in their family way. From the taken sample size, more than 560 women reported to have asthma and confirmed that they had a delay in getting pregnant.

Then on a detailed analysis; the researchers found that the long-acting asthma medication taken by women did not cause any harm to their fertility and they became pregnant usually.

On the other hand, women who used short-acting asthma reliever called as beta-agonists had a delay in getting pregnant. On an average, it took 20% more time than the usual women. This may vary based on additional factors such as their age, body weight, etc.

Thus Dr. Grzeskowiak confirmed that short-acting medication has an impact on women’s pregnancy and not the long-acting relievers. Hence it is advised to go for a long-acting drug to treat asthma and avoid taking treatment for fertility.

He also added that evidence shows that maternal asthma affects both mother and the baby. Therefore, each woman with asthma must take the initiative to keep their asthma under control and then plan for a baby.

Researchers could not find reasons for the following issues

1. How asthma and its treatment cause fertility issues.

2. Apart from affecting lungs, how does asthma lead to inflammation in other parts of the body counting on uterus as well?

3. Will it affect the eggs health in the ovaries?

Inhaling corticosteroids suppresses the immune system, but there is no alteration in the immune function due to the usage of short-acting medications. When women take only short-time asthma relievers, then it means that they find improvement in asthma symptoms, but inflammation still exists in lungs as well as other organs.

Thus, the researchers have decided to go for an in-depth analysis to find the correlation between fertility in women and asthma. They would like to find a way to reduce asthma without affecting women’s fertility.