Money can Buy Happiness, but to a Certain Point 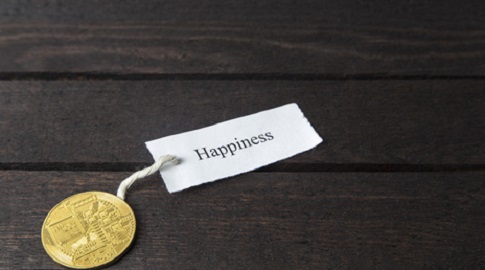 There is an adage that “money can’t buy happiness”, but a recent research proves that it is not absolutely true. The study reveals that money can definitely make a person happy, but the exact amount required to maximize a person’s happiness varies globally. Beyond that point of satiation, money does not have any effect on the emotional well-being of a person.

A team of researchers led by Andrew T. Jebb from Purdue University utilized data from the Gallup World Poll, a survey involving more than 1.7 million people from 164 countries, and published their analysis in the journal Nature Human Behavior. The paper suggests that the optimal income point is $60,000 to $75,000 a year for “emotional well-being” and a higher figure of $95,000 for “life evaluation”.

The researchers arrived at definite figures after carefully analyzing specific questions relating to emotional well-being and life satisfaction from millions of people across the world, with diverse thoughts, lifestyle, and culture. Emotional well-being refers to human emotions and feelings such as happiness, excitement, anger, etc. Life Evaluation is essentially overall satisfaction with life, which involves higher & long-term goals and comparisons of individuals to other people in the society.

These figures specifically apply to individuals only and would be probably higher for families. Also, these figures are global estimates, which can vary widely around the world as well as among rural and urban areas within each country, because significant variations exist in the individual definition of happiness, satisfaction in their earnings, and the living standards by which the persons compare themselves with others.

An interesting point to be noticed in this study is that happiness increases steadily with income till it reaches the threshold, and once the income exceeds that level, the overall life satisfaction and the level of well-being start decreasing. The reason for it may be because money is helpful to meet the fundamental needs such as payments and transactions for daily comfort and purchasing, till it reaches the optimal point. However, an excess of money beyond that point tempts human mind to desire more and more material possessions and involving in unhealthy social comparisons, thus resulting in a decline in emotional well-being.

All said, money is not everything, but just a part of several things that make you happy. Even if your income is below the ideal threshold suggested by the researchers, there is nothing to worry. Think wisely and focus on both the quality and quantity of your spending, and you will find happiness every moment.