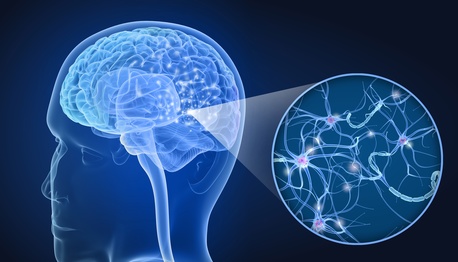 Sudden sensorineural hearing loss (SSNHL) is a sudden unexplained hearing loss of 30 dB or more in at least three connected frequencies that occurs over a period of less than 72 hours. SSNHL is a frightening condition that results in frustration, insecurity, depression, and social isolation. The serious consequences of SSNHL and insufficient knowledge regarding its etiopathogenesis necessitate exploring new therapeutic strategies. In this juncture, the review presented by Dr. Chin-Lung Kuo on the new therapeutic strategies for idiopathic SSNHL, based on the viewpoint of neuroplasticity, is of great significance.

SSNHL affects both male and female and it usually occurs in the middle age (43-53 years) and increases with age. In Taiwan, about 2000 to 3000 new cases of SSNHL are reported per year and in the United States, the figure reaches up to 4000 cases per year. However, these figures are likely to be underestimated because several people experience spontaneous recovery without any medical treatment within the first two weeks of the beginning of the disease symptoms.

There is no medication that has proven effective for the treatment of SSNHL. Nevertheless, presently, a tapering course of corticosteroids has been mainly used for the treatment SSNHL. It has a success rate of 50-80% and has been under controversy because it lacks proof of efficacy based on solid evidence.

The recent review by Dr. Chin-Lung Kuo with the new perspective of neuroplasticity-targeted interventions introduces the studies conducted by a number of researchers through several decades based on clear evidence from the experiments conducted on animals as well as human models.

The cochlea is supposed to be the most likely lesion site of SSNHL, though it can be also caused by an abnormality of auditory nerve or central auditory perception. The causes of SSNHL usually remain unknown in 90% of the cases, but among the remaining 10% of the cases, the most common causes have been found to be a stroke, acoustic neuroma, or malignancy.

Neuroplasticity is termed as the ability of the nervous system to reorganize its structure as well as functions with respect to the demand of the environment. Decades of research on this subject has revealed that the brain responds dynamically to internal and external stimuli. Studies have shown that neuroplasticity is the motivating factor that helps children to learn faster in the developing stage.

Several studies conducted on animals have shown that the decline in the spontaneous driven firing rates in the auditory nerve fibers subsequent to cochlear damage may trigger the changes in brain plasticity. By neuroplasticity-based interventions, the input acoustic energy in the cochlea is converted into electrical impulses and transmitted through auditory nerves to the auditory cortex.

The successful experiments on animal models motivated the researchers to apply similar strategies in human models. Studies conducted on human models have revealed that humans also experience SSNHL-induced brain plasticity similar to that observed in animal studies, and now we are more knowledgeable regarding neuroplasticity-based interventions for idiopathic SSNHL.

In conclusion, the review by Dr. Chin-Lung Kuo presented different acoustic models providing a deep insight regarding the fundamental mechanisms behind hearing restoration effected by acoustic stimulation on patients with idiopathic SSNHL. Nevertheless, in the future, it is necessary to conduct more severe experiments to provide further evidence confirming the hypothesis that sound therapy can restore hearing in idiopathic SSNHL patients.