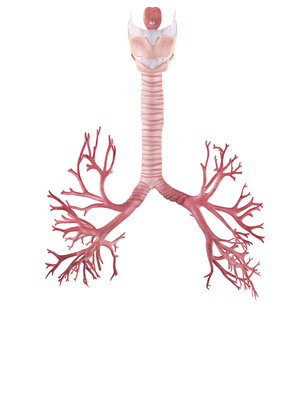 Tracheomalacia is a rare congenital abnormality of the tracheobronchial cartilage causing the collapse of the airway and obstruction of expiratory flow. It is very difficult to manage infants with severe tracheomalacia. Severe cases lead to worse respiratory conditions and may become life-threatening, and necessitate immediate surgical treatment. Takeshi Yano of the University of Miyazaki, Japan has published an article in the Annals of Case Reports and Images Journal, in which a method to manage severe tracheomalacia patients using muscle relaxant has been discussed.

Coughing and crying that increase the respiratory efforts of the child will aggravate the symptoms of tracheomalacia by an abnormal increase in extraluminal pressure, leading to the collapse of the trachea. The patients, particularly those who are waiting for surgical procedures, need immediate medical treatments to prevent a fatal attack.

The author and his medical team had earlier reported two cases in which the life-threatening hypoxemia due to tracheomalacia was successfully managed by the continuous administration of rocuronium, a muscle relaxant. Subsequently, several similar cases and clinical experiences convinced them regarding the efficacy of rocuronium as an effective drug for the treatment of patients with severe tracheomalacia.

Rocuronium has been widely used as a non-depolarizing muscle relaxant in clinical anesthesia to produce ideal surgical conditions. It has also been used in patients with normal airway anatomies for the paralysis of respiratory and airway muscle groups.

It has also been reported that rocuronium has a tendency to release histamine and that the bronchoconstriction related to rocuronium administration has impact on better prevention of hypoxic episodes in tracheomalacia.

Moreover, for ventilator-associated pneumonia and intensive care-acquired weakness, the continuous use of muscle relaxants will become a risk factor. It is necessary to monitor the neuromuscular function quantitatively in order to eliminate the risk of unnecessary paralysis in children.