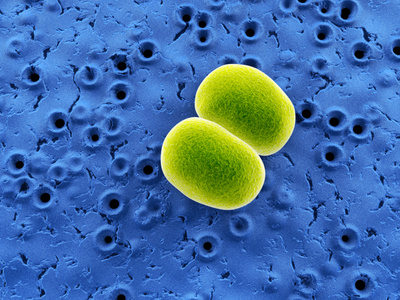 Between you and the rest of the world lies an interface that makes up 16 % of your physical weight. This is your skin, the major organ of your body. Though its purpose may seem obvious, a look beyond the surface reveals that it plays a surprising number of roles in our lives.

Similar to the microflora in the gut, our skin is also populated with trillions of diverse bacteria. One of the most common strains of bacteria living on our skin is Staphylococcus epidermidis, which is known to benefit the skin immune function. In a study recently conducted by the University of California, San Diego School of Medicine and published in Science Advances informed a novel role of S. epidermidis. The scientists have isolated the strain of S. epidermidis that produces a chemical with an inherent specificity to destroy numerous types of cancer cells while not being harmful to the normal cells at all.

The study also identified the compound to be 6-N-hydroxyaminopurine (6-HAP), which is known to obstruct the synthesis process, and prevent growth and spread of tumor cells while also repressing the development of UV-induced skin tumors. This was verified with an experiment, wherein mice with S. epidermidis strain that did not produce 6-HAP were exposed to ultraviolet rays resulted in many skin tumors, whereas mice with S. epidermidis strain producing 6-HAP did not.

Furthermore, mice that were intravenously injected with 6-HAP every two days for over a period of two-weeks experienced no lethal effect. But when the mice were transplanted with melanoma cells, the tumor cell size diminished to half compared to the controls.

While it is not clear whether the absence of this strain could increase the risk of skin cancer, researchers say that it is possible that these discoveries might lead to preventive treatments. Although S. epidermidis is commonly found on the human skin, the team of researchers claims that about 20% of the population is likely to have a strain producing 6-HAP. The exact mechanism of production of 6-HAP is unknown, thus additional studies are necessary to understand how the compound can be used to prevent skin cancer and also explore whether the loss of 6-HAP is linked to an increased risk of cancer.

More than a million of skin cancer cases are diagnosed every year in the US, of which 95% are non-melanoma skin cancers caused due to overexposure to the UV rays. This research adds to our understanding of the importance of the human microflora in our health. Although the increasing levels of skin cancer are a lifestyle issue, skin cancer risk can also arise due to ecological problems. As the ozone levels are depleted, more and more of the protective filter is lost leading to more solar UV rays to reach the Earth’s surface. The current study determines how skin has an innate ability to protect us from skin cancer. The next stage for this exciting finding will be to turn it into human clinical trials.