Huge Mastoid Cholesteatoma with Skull Base Erosion and CSF Leak

A 59-year-old man presented with recent hearing deterioration. He had a history of chronic otitis media in both ears and had suffered from occasional ear discharge since childhood. Despite the fact that local medical practitioners had referred the patient to otologists in tertiary hospitals, he refused these visits due to personal reasons. The patient had no other notable medical history, including no headache, vertigo, or otalgia. An otoscopic examination of both ears revealed total perforation of the tympanic membrane. Furthermore, thick granulation with a central hole on the left side covered the entire middle ear (Figure 1A); however, there were no signs of nystagmus or fistula, and the remainder of the neurological examination was non-contributory. Nonetheless, a hearing test revealed severe bilateral mixed hearing loss at all frequencies, and a CT scan revealed a huge soft tissue mass in the mastoid of the left ear (asterisk in Figure 1B and Figure 1C) as well as bony defects in the skull base (yellowish arrow in Figure 1C), lateral mastoid cortex (whitish arrow in Figure 1C), and external ear canal wall (yellowish arrow in Figure 1D). Surgical exploration and a subsequent histopathology examination revealed a huge cholesteatoma (Figure 1E) tightly adhered to the outer dura of the left posterior cranial fossa. An extensive mastoidectomy was performed to define the magnitude of the cholesteatoma (Video). Persistent CSF leakage was identified during this procedure. This complication was rectified by grafting a commercially available collagen matrix graft over the leak (DuraGen). 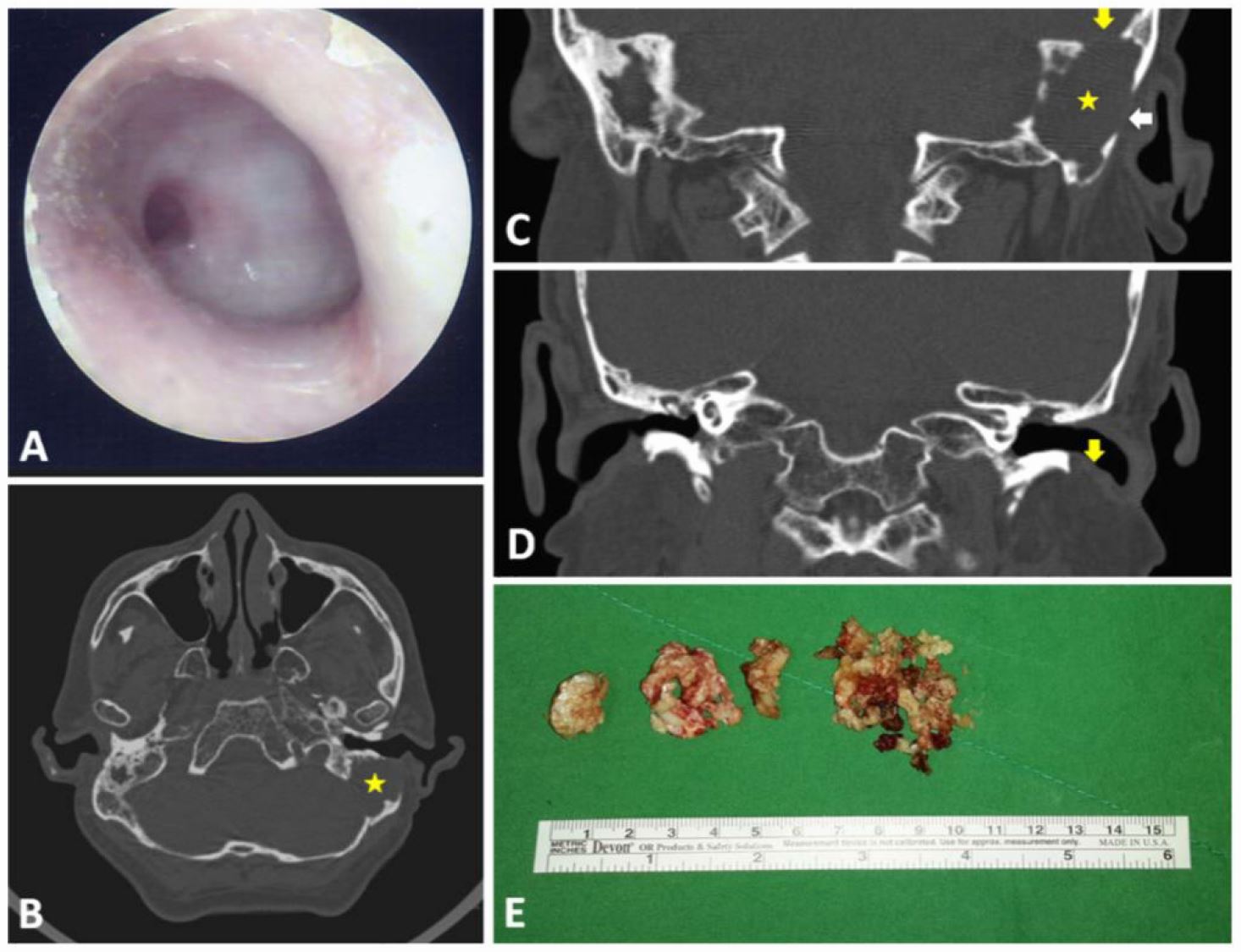