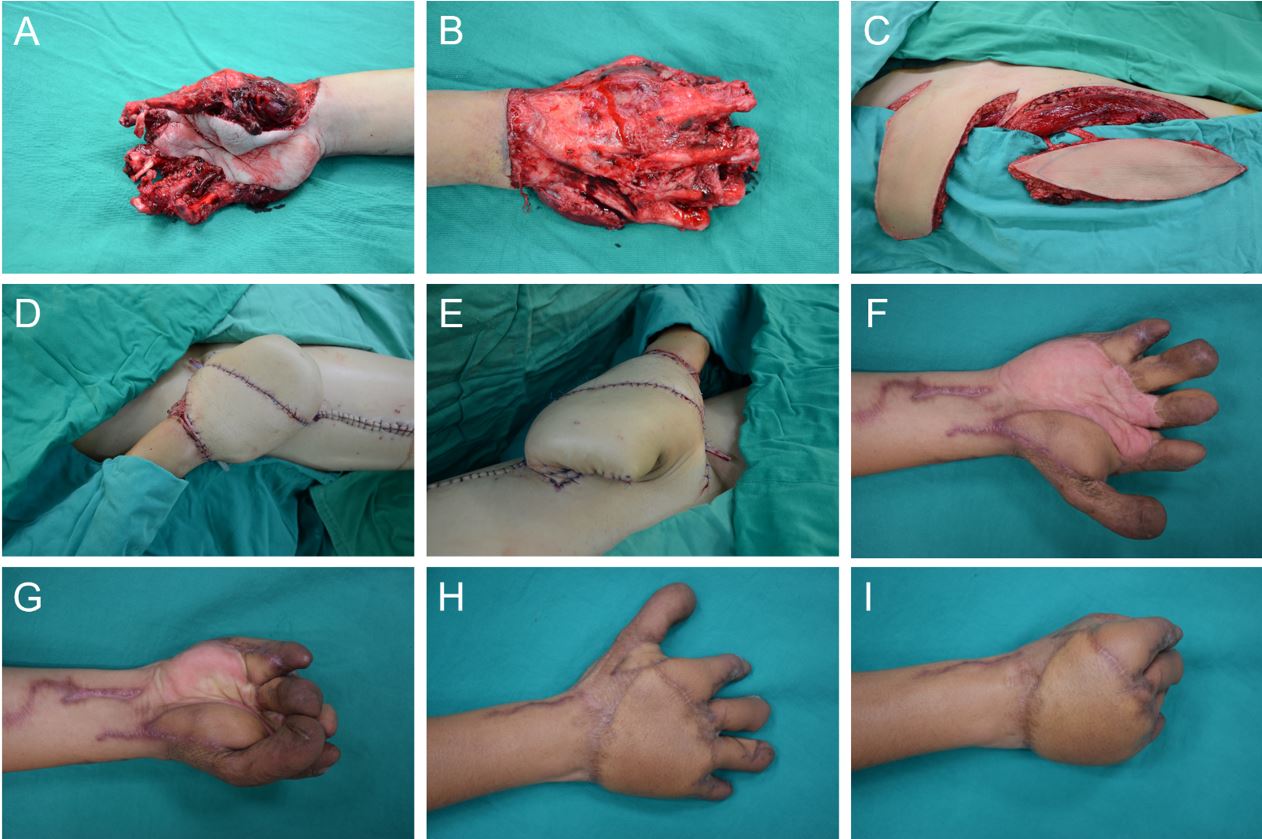 A 38-year-old male presented with degloved dominant right hand as the result of a crush injury (Panel A and B). The injury to the skin envelope was too severe to be considered for replantation. After initial debridement and washout, the resultant defect was assessed to be implausible for single flap closure. Immediate reconstruction was performed with a pedicled anterolateral thigh flap and a pedicled groin flap (sandwich style inset, hence, the sandwich flap, Panel D-F). Spare part surgery was also performed as skin grafts were needed and were taken from the degloved skin flap. The post-operative course was uneventful, however, multiple revision surgeries including flap divisions, interdigitation, tenolysis, capsulectomy, and debulking procedures, as well as free medial sural artery perforator flap for the first web space reconstruction were needed for functional reconstruction of the hand. The patient eventually achieved functional tripod pinch, enabling writing and executing basic housework for activities of daily living (Panel G-I).