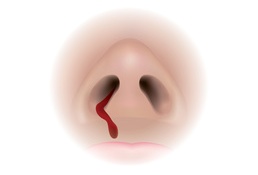 Epistaxis or bleeding from the nose is rarely life-threatening, but it often causes anxiety and concern in patients. Most nosebleeds are minor cases that stop on their own with primary care. Nevertheless, those occurring recurrently need to be checked by an otolaryngologist, and cases of extreme bleeding need to be referred to the emergency department to avoid serious consequences like airway obstruction and hypovolemic shock.

Effective management of epistaxis requires proper understanding of the disease and the latest updates on treatment procedures. Dr. Chin-Lung Kuo has published a well-written review article in the Clinical Medicine and Therapeutics Journal, which provides a detailed review on the updates on the management of epistaxis with a useful flow diagram that will help the clinicians in the clinical practice.

Most cases of epistaxis occur in people below 10 years and above 70 years, and the average age of patients hospitalized for epistaxis is found to be 70 years. Nosebleeds are classified as primary and secondary. The primary nosebleeds are spontaneous, but the secondary nosebleeds have some definite causes, like trauma or the use of anticoagulants. Based on the source of bleeding, it can also be classified as anterior or posterior.

The causes of epistaxis can be local, systemic, environmental, or drug-related. Trauma, intranasal neoplasia, inflammatory disease, and septal abnormality are the local causes while the systemic causes include hypertension, cirrhosis, alcoholism, aberrations in clotting ability, inherited bleeding diatheses, and vascular/cardiovascular diseases. Epistaxis usually increases in winter months due to lower temperature and drier air. It has been found that non-steroidal anti-inflammatory drugs (NSAIDs) affect blood coagulation, though a definite causative relationship between the use of NSAIDs and epistaxis has not yet been established.

The fundamental procedure to manage nose bleeding is the application of pressure to the bleeding area using cotton or gauze saturated in a topical decongestant. If the clinician could not identify the source of bleeding, nasal packing using vasoconstrictor-soaked pledgets should be applied in both nasal cavities. If the bleeding continues, the source of epistaxis may be posterior, which may necessitate posterior packing.

Minor cases of epistaxis can be managed in a clinic, but if the bleeding is unpreventable after packing, the patient should be immediately shifted to the emergency department for arterial embolization or surgical intervention. For the treatment of posterior epistaxis, embolization has high success rates of about 90% and is proven to be the most effective alternative to surgical intervention.

The author recommends that epistaxis patients who go through posterior packing should be hospitalized and should be kept under observation. He also suggests that those patients with unmanageable anterior epistaxis or serious comorbidities and related symptoms may also be hospitalized.

There have been several developments in the management of epistaxis. In this article, the author has reviewed the literature on epistaxis, its anatomy, etiology, and the current developments in its treatment. The stepwise treatment algorithms and flow diagram provided in the article will guide the clinicians to produce better results in epistaxis management.