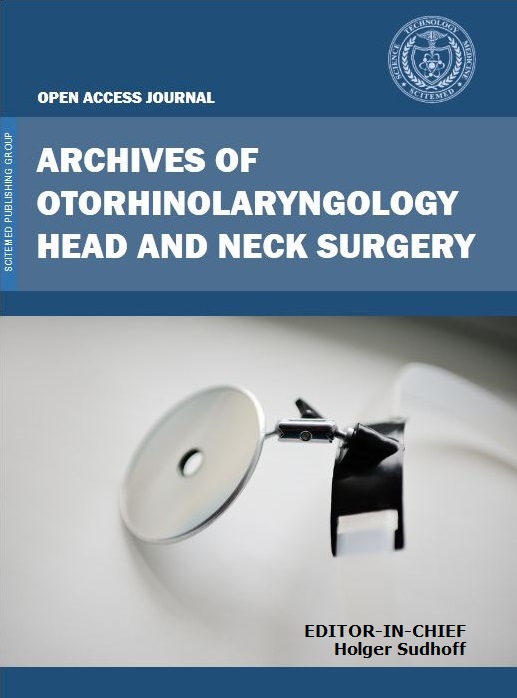 Archives of Otorhinolaryngology-Head & Neck Surgery (AOHNS) is a branch of SciTeMed publishing group. AOHNS provides a new avenue for clinical investigators, clinicians, and trainees to publish their research. AOHNS is a journal with a vigorously, timely peer-review policy and a rapid publication process. AOHNS aims to bring about a change in modern scholarly communications to accelerate scientific discoveries and to help disseminate research to a wider readership, gain media attention and demonstrate professional achievement through publication. The mission of AOHNS is to promote research in science for the benefit of humanity and to advance the science and practice of otorhinolaryngology as well as head and neck surgery. AOHNS is a reliable journal with a scope of high-quality science information that will lead in terms of attracting the best possible science that can provide the best impact.

In October 2021, the prestigious Stanford University has recently published an update of the list of the top 2% most widely cited scientists in different disciplines, the World's Top 2% Scientists. This ranking, considered the most prestigious worldwide, is based on the bibliometric information contained in the Scopus database and includes more than 190,063 researchers from the more than 8 million scientists considered to be active worldwide, with 22 scientific fields and 176 subfields taken into account. 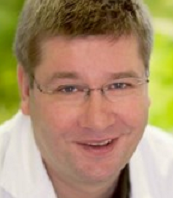 Professor Holger Sudhoff completed his training on otolaryngology, head and neck surgery in June 2000. During his training, he has had exposure to a broad spectrum of otorhinological procedures, as well as more specialized areas described below. As a fellow, he gained invaluable basic science research and laboratory skills. He has had broadened surgical experience by operating both independently and within a team framework. His passion for teaching has created an atmosphere receptive to learning. His Skull-Base fellowship in Cambridge provided him with outstanding skills in that surgery as well as insights into the NHS structure. In his current post, he has undertaken all the administrative, teaching and on-call duties associated with a professorial chairmanship in a busy teaching hospital serving a population of eastern Westphalia in Bielefeld. This post has provided Professor Sudhoff with the opportunity to gain vast experience at the level of executive responsibility and to gain further insight into all management issues and public relations, pertaining to running an ENT unit, such as organization and prioritization of operating lists, outpatient clinics and overseeing all financial developments. Professor Holger Sudhoff and his team have created one of the largest German ENT units over the last 10 years. In February 2013 Professor Sudhoff co-founded the German Skull Base Center in Bielefeld treating currently 120 major skull base cases annually. Professor Sudhoff served as President of the West-German ENT society in 2015 and was elected for Focus magazine of “Top Medical Doctors” for Otorhinolaryngology in Germany in 2013 to 2017. He was elected as a board member of Politzer Society in July 2015 in Niigata, Japan.

Professor Sudhoff worked with Professor Henning Hildmann and Professor Jan Helms, his otology supervisors, leading otologists / lateral skull base surgeons at the Bochum and Würzburg Universities.  During Professor Sudhoff training and work as a Consultant, Professor Sudhoff has a extensive experience in middle ear procedures. He has participated as an invited lecturer in many national and international courses performing live surgery. Professor Sudhoff has received further training in the management of lateral skull base tumours and acoustic brainstem implants (ABI) in Cambridge, UK under the supervision of Mr. David Moffat, Mr. Patrick Axon and Mr. Robert Macfarlane (Neurosurgeon). Professor Sudhoff organized the multidicipinary skull base meetings as well as the NF2 clinics. He received training in all aspects of middle ear and skull base surgery, and reached the stage of developing independently new procedures (e.g. Balloon Eustachian Tuboplasty) in middle-ear surgery and in the management of all diseases of lateral skull base pathologies). He has developed the cochlear implant service in Bielefeld  and started an implantable hearing devices program for active middle ear implants  and bone anchored hearing aids During a humanitarian medical trip to Egypt in 01/2011 he treated several patients with gunshot injuries. Additionally, Professor Sudhoff along with the neurosurgeon Pofessor Falk Oppel supports a humanitarian project initiated by Professor Henning Hildmann in Ruanda, Africa and in the Ukraine.

Professor Sudhoff has received extensive training in the management of benign and malignant head and neck disease. He is competent and confident in performing a wide range of head and neck surgical procedures, ranging from thyroid and parotid surgery to managing tertiary referral oral and oropharyngeal tumours, and complex transfacial approaches for malignant skull base disease in both adult and paediatric patients. The latter includes midfacial degloving (e.g. for angiofibroma’s), lateral pharyngotomy as well as maxillary swing and other facial disassembly approaches. He also received extensive training in transoral laser microsurgery for primary and post-radiation-failure management of head and neck cancers. With regards to reconstruction, while he prefers to work in a multi-disciplinary team with plastic surgeons.

Professor Sudhoff has been successful in obtaining appropriate ethical and grant approvals of several Million Euros, the latter from numerous sources, both at a formal Scholarship Level to National Research Agency (Deutsche Forschungsgemeinschaft, DFG. Professor Sudhoff has also been involved in several multi-centre clinical trials as well basic science research resulting in more than 190 publications in peer reviewed journals, 43 book chapters and 6 books. The overall impact factor now 400 and there is a Hirsch index of 27. Research on Eustachian tube dysfunction led directly to the development of the novel technique of balloon dilation tuboplasty (BET), which is now scattered worldwide. Several research projects are currently performed in Bielefeld, also in cooperation with Harvard University, USA and Cambridge University, UK. Professor Sudhoff is on the editorial board of 12 peer reviewed journals. 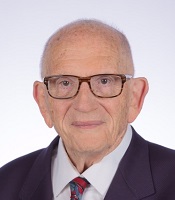 Dr. Grossan is an expert in bio-feedback and teaches his patients his action program which includes using a mirror as a bio-feedback mechanism.  He is known for original thinking, especially for drug free therapies he has developed for tinnitus, empty nose syndrome, allergy, sinusitis and others. 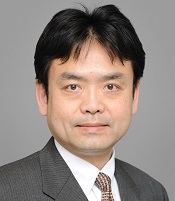 Prof. Nakayama moved to the Department of Otolaryngology, Nagoya City University as Associate Professor from 2008 to present and established the Good Sleep Center as its Chief Director. Since then, He started new research on sleep disorders. In addition to equilibrium research, he combined his skills in otoneurology and discovered a new relationship between otoneurological diseases and sleep disorders. Since he could speak Japanese, English, Taiwanese, and Chinese, he was invited for teaching and research cooperation, and also received researchers from Asian countries such as Xian Jiotong University and Dalian Medical University China. Recently, he has been engaged as a visiting professor with the Sleep Medicine Center and the Department of Otolaryngology, National Cheng Kung University, Taiwan. Rarely in the history of medical science, as a physician working on both otoneurology and sleep medicine, he is creating a new medical field connected with the two mysterious diseases.

After completion of his PhD degree on vestibular function and microscopic research of the vestibular organs, Professor Nakayama was trained as an otology surgeon under Prof. Isao Takimoto, Professor Horst Konrad, and Professor Shinzo Murakmi, and had experienced more than a thousand ear surgeries. Since the establishment of Good Sleep Center, he had focused on sleep apnea surgeries, especially for children. In 2010, he cooperated with Prof. David Gonzal in the Department of Pediatrics, University of Chicago, and discovered seasonal changes on sleep apnea children that offered new information for surgical indication internationally in 2013.

Prof. Nakayama spent most of his time on vestibular research for the last thirty years. While he worked with Professor Horst Konrad at the School of Medicine, Southern Illinois University, the group paid attention to working on vestibular rehabilitation that was not recognized well in 1992. Prof. Nakayama attended vestibular teaching courses as a lecturer and played an important role in publishing the rehabilitation textbook, entitled Vestibular Rehabilitation Therapy for the Patient with Dizziness and Balance Disorders: Exercise Protocols, with the Southern Illinois University group at that time. Prof. Nakayama is a good friend of Dr. John Epley and supported his research for Benign Paroxysmal Positional Vertigo to complete the study on OMIAX chair in 2002. He is a leader and takes more than a thousand dizzy patients a year in his clinic with a balanced group in Nagoya City University Hospital. Prof. Nakayama has been the Chief Director of the Good Sleep Center since 2010 and has brushed up on his skills in sleep apnea surgeries. He also discovered a new research on both balance and sleep medicines.

Prof. Nakayama has identified several patients with Meniere's disease who suffered from sleep disorders. Attracted by this new topic, he was invited by the American Academy of Otolaryngology Society to introduce his new research in the balance disorders series in the journal entitled Current Opinion in Otolaryngology & Head and Neck Surgery in 2013. In clinical practice, he has focused on sleep apnea. A polysomnogram test was performed in more than 400 patients annually, with most of the cases sleep disorders such as hypersomnia, circadian rhythm sleep-wake disorders, or sleep-related movement disorders. Recently, his group has not only reported a new finding on the relation of globus pharyngeus and sleep disorders, but also offered a new expectation between otolaryngology and sleep disorders to all otolaryngologists in the world.